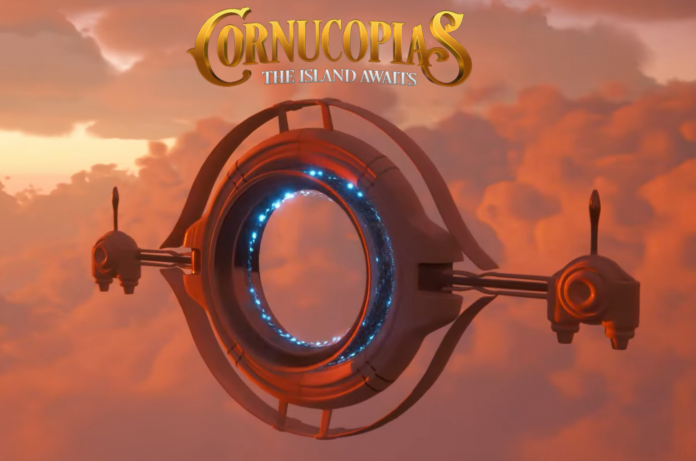 
Cornucopias ‘The Island’ is a blockchain-based play-to-earn, build-to-earn, and learn-to-earn MMORPG game in which players can own land and other NFT (non-fungible tokens) based assets that are tradeable in a P2P manner (peer to peer), that can be experience in a fun and expanding metaverse.

‘The Island’ is divided into different themed zones, including ‘Wild West,’ ‘Farm Life,’ and ‘Age of The Samurai.’ Each zone has a series of mini-games that people of all ages can play. The play-to-earn ecosystem lets the users earn digital assets as they explore and build in a safe and secure virtual world.

The game also has been developed to give e-commerce companies and brands the opportunity to sell their real-world goods and services to a hard-to-reach audience. Powered by the Unreal Engine 5, which is compatible with the PC, mobile phones, game consoles, and smart TVs. The game’s community includes blockchain, Unreal game developers, Voxel (a tool for creating 3D models), 3D artists and modelers, and general game enthusiasts.

In this guide, we’ll take you through all of the different aspects of the game. We will also go over some common questions people have about the game so that when you’re done with this guide, you’ll feel confident enough that you won’t need any other sources.

What type of game is Cornucopias ‘The Island’?

Cornucopias ‘The Island’ is a blockchain-powered MMORPG that allows you to earn tokens by playing, building, learning, and hosting. Players can have their own land and other NFT assets which they can trade with other users on the game’s marketplace and many secondary marketplaces. Cornucopias is a fun, safe, and growing metaverse with one of the most active and positive communities in the blockchain space.

Players can choose to play the game either alone or with others, and they will be able to complete tasks and challenges together or against one another. Multiplayer elements will continue to be developed as the game is further developed.

The game is available to play anywhere in the world on most gaming devices with internet access, allowing players to commit time to building their virtual environment and assets knowing they will always be able to retrieve them in the future.

Venture 12 is a group of twelve talented individuals. These gifted people are called ‘Architects’, and together they lead ‘Project Cornucopias’ – a vision for creating new worlds. The architects are considered the best of their kind and got to know each other through mutual admiration. Each one is different, with its own capabilities, skills, and knowledge. They are looked up to as icons and pioneers throughout the metaverse. The architects of the new world have hidden secrets and powerful knowledge throughout, and it is the players’ goal to find this knowledge in order to progress through the story. But someone is up to no good. A shadowy figure known only as Architect 13, whose whereabouts are unknown and whose true identity remains secret.

What is Cornucopias ‘The Island’ Unique Selling Point (USP)?

Cornucopias’ main objective is to lead the metaverse industry through its innovative ecosystem. Cardano blockchain supports the game with a thriving community of developers and gamers who want to make achievements in both digital and physical projects. Cornucopias are attracting a devoted following among metaverse enthusiasts, gamers, and mainstream audiences around the world.

Cornucopias ‘The Island’ is more than just a blockchain game, since players can do more than simply play. In traditional gaming, players often spend money on some transactions, subscription fees, and other money-grabbing mechanisms. Cornucopias ‘The Island’ has a new gaming model with NFT assets, providing a completely different user experience. Instead of having to make repeated purchases in a game to unlock certain features, players can buy permanent ownership of an NFT and sell it on the secondary market. Players are free from paying monthly membership fees because Cornucopias is a free-to-play game, giving everyone on the planet the opportunity to join the metaverse.

Cornucopias ‘The Island’ has followed their project roadmap, and they’re on track to hit their milestones. The project’s team is working together to tackle the different aspects of the project, and they’ve already made a lot of progress. We are excited to see where they go next and looking forward to seeing what else they have planned for this year.

If you want to learn more about their roadmap you can find it here: https://bit.ly/3po0DWm

What is Cornucopias ‘The Island’ Use-Case?

Cornucopias: ‘The Island’ allows players to have total control of their in-game assets such as characters and items. Players can take advantage of this building by trading, selling, and renting some of their assets. The game progress, NFT assets, and trading history are all stored on distributed nodes and the blockchain, which makes them immutable and impossible to manipulate. This ensures true ownership of your game items.

There are no barriers to entering the game and it should be available to play anywhere there is internet access, whether that be at home on the desktop or a mobile phone. The game will appeal to a wide audience and can be enjoyed by players of all ages and with varying levels of skill. There will be games for players who like to relax and for those who like a challenge.

What is Cornucopias ‘The Island’ Monetization Strategy?

In Cornucopias’ The Island, you can earn money in five ways:

What is Cornucopias ‘The Island’ Tokenomics?

Who Is The Team Behinds Cornucopias ‘The Island’?

‘The Island’ is being developed by the Cornucopias Games Studio, a small but dedicated team of game enthusiasts and professionals who want to create a virtual world for people of all ages. 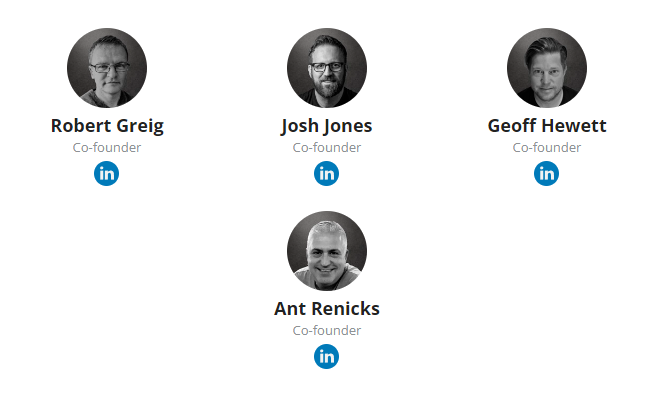 Who Are The Partners Behinds Cornucopias ‘The Island’?

Cornucopias has an extensive network of partners to help ensure success.

What was Cornucopias ‘The Island’ Release Date?

Cornucopias ‘The Island’ is set to release its Limited Beta in the third quarter of the year 2022. The beta version will be available for some players and will allow them to play the game before its official release.

When was Cornucopias ‘The Island’ Pre-Sale?

The Cornucopias Land Sale is over and take place last June 3-7, 2022. All the land has been sold out.

This game is a very interesting project, which combines all aspects of the earning systems into a fun game. The team has taken care perfectly all the details, and the project has a very strong and fully transparent team. All that remains now is for the game to be released and tried out by users so that we can see how it works.

As we anticipate the ‘The Island’ game, we will do our best to keep you updated on any changes. We have already shared with you some of the things that have been happening in the game, but there are still many things we don’t know about yet. We also recommend that you check this page regularly for updates on the game.